Pool Re: Only one in five UK businesses have a terrorism insurance policy

One of the six attacks that took place in Europe happened in Great Britain. Pool Re has found that only one in five businesses in UK have an insurance policy against terrorism. A terrorism act can expose a company to a permanent financial loss if its activity is located in the proximity of an attack.

"It remains critically important for all businesses, be they small enterprises or large corporates, to increase their resilience to terrorism of all kinds by proactively managing and mitigating risk. Terrorism insurance is just one element of a successful risk management strategy, but it is fundamental in helping businesses transfer terrorism risks and recover from terrorism events" wrote the reinsurer. 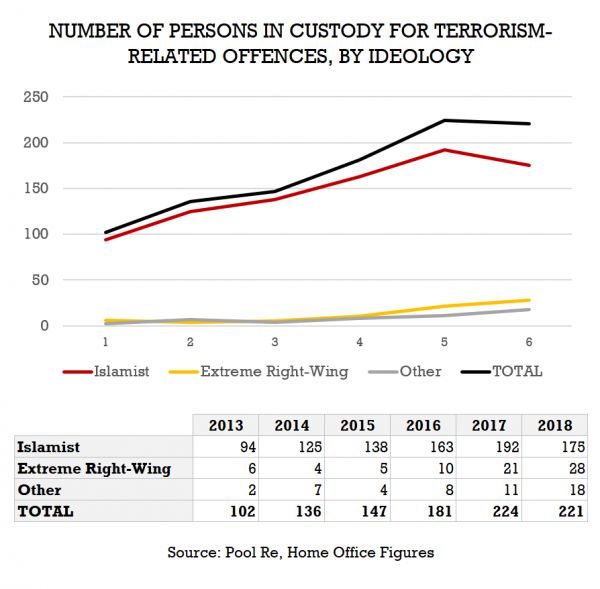 "The problem of radicalisation appears a perennial one, but how it expresses itself through different ideologies appears to broadly follow trends that go in similar directions; but as we move into a world where traditional groups hold an ever-more diffuse appeal and micro-ideologies start to emerge, how the threat picture expresses itself and who we need to pay attention to will become ever more confusing."

The latest Terrorism Frequency report (July 2019) can be found here:
About Pool Re

Pool Re was established in 1993 as a response to the market failure that was triggered by the bombing of the Baltic Exchange.

Pool Re is the UK's terrorism reinsurance pool, providing protection for the UK economy and underwriting over GBP 2 trillion of exposure to terrorism risk in commercial property across the UK mainland. Through its Terrorism Research and Analysis Centre (TRAC), Pool Re aims to improve the risk awareness of current and emerging terrorism perils.

To date Pool Re has paid out more than GBP 600 million for terrorism claims. The largest claim was paid for London 1993 Bishopsgate bombing, where the resulted damages amounted to GBP 262 million (GBP 800 million today cash equivalent). Pool Re's Fund is currently in excess of GBP 6 billion, taking into account that 5 out of 10 most costly terrorism acts across the world happened in UK.

You can find more about Pool Re activity on their website - www.poolre.co.uk

Innovation in times of recession - a hurdle or a way out?

STATISTICS: BELARUS, FY2019: over 60% of all paid claims came from voluntary insurance lines

MOLDOVA: the impact of the pandemic has led to a significant decrease in voluntary insurance and Green Card segments

KAZAKHSTAN: economic effects of the pandemic will impact premium collection in 2020