ROMANIA: The Insurance Pool against Natural Disasters paid RON 1.2 million in claims for the first quarter of 2019

9 May 2019 — Cosmin CONCEATU
In the first quarter of 2019, the Insurance Pool against Natural Disasters of Romania (PAID) paid five times more indemnities for Nat Cat events, compared to the same period in 2018. About RON 1.24 million (~EUR 0.26 million) was offered as compensation for those insured by PAID, according to latest data requested from PAID by 1asig.ro. 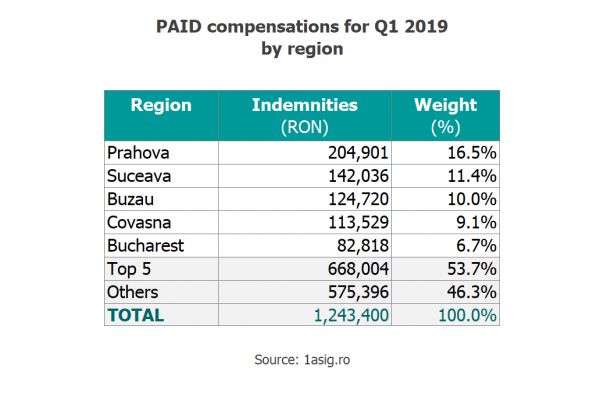 By the end of 2019, there were 1,706,342 mandatory property insurance policies, according to PAID figures. This number reflects 19% coverage at whole country level.

The highest number of mandatory policies were seen in Transylvania (21% of the total), Bucharest (19%), and Muntenia (18%), while the lowest number of policies were in Bucovina, Maramures, Crisana, and Dobrogea (generally territories on the eastern half of Romania). About 75% of mandatory property insurance were held in urban areas, where 58% of insured properties were apartments.

The indemnities paid for the three risks covered by PAID were almost equally split across the portfolio. Around 37.6% indemnities were paid for natural flooding events, 34.1% for earthquake damages and 28.4% for landslides. 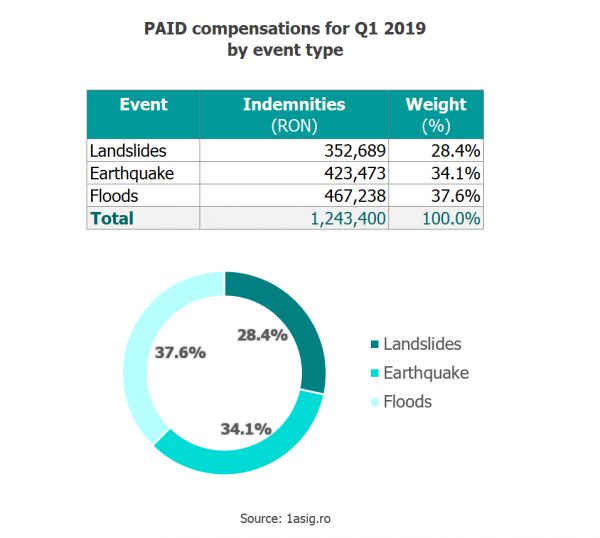 PAID was officially launched in November 2009, through the effort of 12 insurance companies, now the shareholders of PAID. Based on legal stipulations, PAID manages mandatory household insurance in Romania, a policy which covers three basic risks specific to the country: earthquake, floods, and landslides.

ROMANIA: ALLIANZ-TIRIAC saw a 43% increase in the operational profit in 1Q2020